I have curated a detailed list of articles from AWS documentation and other blogs for each objective of the AWS Certified Developer Associate (DVA-C01) exam. Please share the post within your circles so it helps them to prepare for the exam.

Full Disclosure: Some of the links in this post are affiliate links. I receive a commission when you purchase through them.

Practicing CI and CD on AWS

Overview of Deployment Options on AWS

A managed source-control service to host Git repositories in AWS.

What is AWS CodeCommit?

Deploy code from a CodeCommit repo to Beanstalk

Hosts build server so you don’t have to. A build service that compiles your code, runs unit tests, and drops artifacts into your target location, ready to be deployed.

What is AWS CodeBuild?

Deploy to Production with AWS CodeBuild

A fully-managed continuous delivery service that defines your release process. Whenever there is a commit to the source control repository, CodePipeline automates the process of building the code, running tests, and releasing it to production.

What is AWS CodePipeline?

Set Up a CI/CD Pipeline on AWS

Build a CI/CD pipeline for a React app

Building a pipeline for multi-region deployment

With CodeStar, developers provision the necessary resources for creating a pipeline for their development activities. You can choose from a variety of project templates (C#, Java, Python, etc.,) and build a variety of apps like websites, web apps, etc.,

The difference between CodeStar and CodePipeline is that the latter is a CI/CD pipeline. Whereas CodeStar allows you to build things from scratch with a set of getting started templates. Targeted for different project scenarios.

What is AWS CodeStar?

AWS CodeStar: Who is it for?

Automates deployments to different Compute services like EC2, Lambda, or your servers in an on-premises environment.

The difference between CodeDeploy and CodeBuild is that the latter acts as the CI server. Whereas CodeDeploy provides an installable agent that manages deployments to EC2 or just any other compute instances.

Deploy to AWS with CodeDeploy

Elastic Beanstalk, mainly used by developers, handles applications developed in a variety of frameworks like .NET, Go, Java, PHP, Python, etc., Simply put, you just upload your application to the AWS, and Beanstalk takes care of the infrastructure, load balancing, scaling, and monitoring.

What is AWS Elastic Beanstalk?

Deploying your first application with Beanstalk

Easy way to deploy the .NET Core 3.0 app with Beanstalk

AWS Elastic Beanstalk: How to deploy a Flask web app

Ruby: Deploying a Ruby on Rails app to Beanstalk

Prepare the Application Deployment Package to Be Deployed to AWS

How to build an AWS Lambda deployment package for .NET?

Creating a deployment package for Java

An opensource framework that enables you to build serverless applications on AWS. With SAM, you use YAML to define your app. When you deploy, the YAML is transformed into the AWS CloudFormation syntax.

What is the AWS SAM?

It is a managed repository. Enables your team members to save & share apps, so you can use pre-built applications to define your serverless architectures.

AWS CLI: Deploying a new application from the command line

6 steps to deploy your first Serverless Application in AWS

Deploy your React app to AWS with the Serverless Framework

API developers create either a REST or a WebSocket API with the Amazon API Gateway. As an app developer, you build the functionality of the application by invoking a WebSocket API or the REST API.

What is Amazon API Gateway?

How to invoke a private API

Use Postman to call a REST API

Controlling and managing access to a REST API in API Gateway

The importance of encryption & how AWS can help?

How does encryption work in AWS?

Encrypting everything with AWS

Tools to protect your data at rest or in transit

AWS services use the below tools to encrypt the data at rest or in transit.

Before uploading the data to AWS, you encrypt the data in the client app with a key (typically stored in AWS Key Management Service, or within the app itself). Since the key is not available with the service provider, it would be impossible for AWS to decrypt and access your data.

AWS KMS keys for S3 encryption in the AWS SDK for .NET

S3 Client-side encryption with the AWS SDK for PHP

AWS Encryption SDK is a client-side encryption library. Use this library to encrypt and decrypt data in your application.

What is the AWS Encryption SDK?

What is Amazon Cognito?

Amazon Cognito is the service that provides authentication, authorization for web & mobile apps. It supports simple password authentication or a third-party identity provider like Google, Amazon, Facebook, or Active Directory.

Getting started with Amazon Cognito: Authentication for your apps

Use Cognito JWTs to authenticate with an Amazon HTTP API

Authorize access to Gateway APIs with custom scopes in Cognito

What Is AWS Single Sign-On?

Configuring the AWS CLI to use AWS SSO

Runs your code closest to the location of the user in response to CloudFront events.

The article explains how implementing the 5 pillars of the AWS well-architected framework helps you to focus on the functional requirements of your application without worrying about stability.

The 5 Pillars of the AWS Well-Architected Framework

Why deployment requirements are important for architectural choices?

How AWS delivers against your requirements?

How to Translate business requirements to technical specifications?

Develop your application with AWS SDKs

Develop applications with the AWS SDK for .NET

Get started with .NET development on AWS with Visual Studio

Getting Started in Node.js

Use commands in your command-line tool to interact with the AWS services. This is an alternative to the browser-based AWS Console to create, update, delete, or modify your AWS resources.

What is the AWS Command Line Interface?

Getting help with the AWS CLI

The command structure in the AWS CLI

Use AWS CLI with AWS services

Amazon EC2 with the AWS CLI

What is the AWS SDK for JavaScript?

Getting Started in Node.js

Getting Started with the AWS SDK for PHP

Getting Started with AWS and Python

Use the Data API to interact with Aurora MySQL database

Optimize Application to Best Use AWS Services and Features

Optimizing a Lift-and-Shift for performance

2-Week Rule: Refactor your applications for the cloud in 10 days

Refactor your Mainframe workloads to AWS

How to migrate to AWS?

6 strategies for migrating applications to the cloud

Migrating your existing applications to the AWS cloud

Typically for legacy applications that need to be rehosted in the cloud.

What Is VM Import/Export?

Importing a VM as an image using VM Import/Export

Importing a VM as an instance using VM Import/Export

What is AWS Database Migration Service?

Write Code That Can Be Monitored

Monitoring the state of a function with the Lambda API

Perform Root Cause Analysis on Faults Found in Testing or Production

This brings us to the end of the AWS Certified Developer Associate (DVA-C01) Exam Study Guide.

What do you think? Let me know in the comments section if I have missed out on anything. Also, I love to hear from you about how your preparation is going on!

In case you are looking for other AWS certificate exams study guides, check out this page

Want to be notified as soon as I post? Subscribe to RSS feed / leave your email address in the subscribe section. Share the article to your social networks with the below links so it can benefit others. 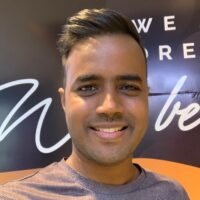 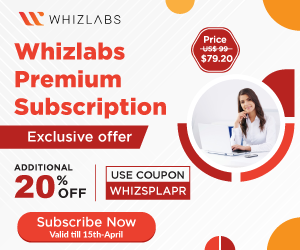